Nice little fact for you here; it is very rare for a Hollywood movie to make a profit. Creative accounting ensures that even the most popular of movies make a loss (the original Star Wars is still yet to turn a profit in the eyes of Hollywood. Crazy, right?). This means that if you ever get scouted out for a Hollywood deal you should not accept a contract which gives you a share of the profits. You might not get rich that way. So there; my handy hint for the day. So lets have a look at the highest grossing Hollywood movies.

It is worth noting that this list is not going to take into account inflation (if it did then Gone With The Wind would be the highest grossing movie of all times). It is instead going to look at pure box office income. This means it will not cover DVD or VHS sales. This list is accurate as of October 2014.

I don’t really remember why I never went to watch Avatar at the cinemas but then luckily I watched the 3D version at home nearly year after its release. I am willing to wager that much of the success of Avatar was down to the fact that it’s graphics team used 3D animation so well. With the amount of money it has made, it is unlikely that this movie is going to be knocked off the top spot any time soon. The only movie that is coming anywhere near close is the next movie on this list, the rest fall well behind. That being said; I am interested to see whether the upcoming Avatar trilogy will be able to generate more wealth for the studios. They would need a pretty fantastic marketing campaign behind them though and with 3D being almost a thing of the past they will not have that going for them.

Interesting fact; the two highest grossing movies ever have been written and directed by James Cameron. This makes him a pretty bankable director (although I bet he is not cheap to hire!). Titanic was obviously inspired by the real-life sinking of the Titanic…with a generic Romeo and Juliet style love story thrown in for good measure. Back in 1997 it pulled at the heart strings of many people around the globe, with countless numbers meandering their way back to the cinema in order to sit through the three and a half hour movie over and over again. By all accounts Titanic has managed to generate a further $1.5 billion in DVD and VHS sales too…crazy. Still; it is the best of the many Titanic movies out there. 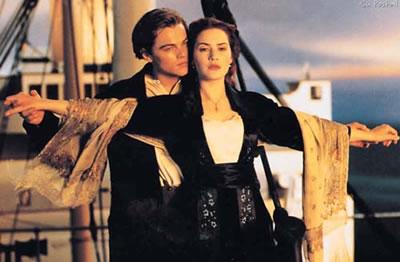 A scene from the movie, Titanic

I am willing to bet that The Avengers will fall a place or two down the list when the second movie gets released in April 2015. The Avengers, as you may know, is a superhero movie from Marvel. Part of its success was down to the fact that it was one of the first superhero movies ever to feature more than one superhero in the main cast. You get six of them…plus Samuel L Jackson. What is not to love? The movie is absolutely fantastic and has a far better plot than the movies mentioned above. The world is going absolutely crazy for superhero movies at the moment, although I doubt none of them will overtake The Avengers.

This is the second part of the ‘finale’ of the Harry Potter movie franchise. The book was just one part but the studio wanted to milk the franchise for all that it is worth. Good idea by them to be fair. It put almost $1.5 billion extra in their pockets without even taking into account DVD and Blu-Ray sales (VHS is a thing of the past now). This movie made so much at the box office simply because people wanted to see how it all ended on the big screen. They wanted to see that final battle in all its glory. I doubt any ‘book-inspired’ movie is ever going to get this high up on the list again…although the final Hobbit movies may give it a run for its money. 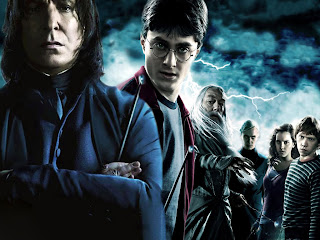 Harry Potter and the Deathly Hallows

Frozen, a Disney CGI movie, is the latest entrant to this list. There is a good chance that it will climb above Harry Potter as well. It is still being shown in certain cinemas around the world as of October 2014. Disney also have a knack for re-releasing their movies in the cinema at exactly the right time. I would not be surprised if this movie even unseated ‘The Avengers’ a couple of years down the line. This is the only animated movie in the ‘Top 10’. Toy Story 3 is the only one that comes close, and that is seated at position 13 (although if we took into account inflation, Toy Story 3 would be higher than Frozen)

5 Billionaires who lead a Simple Life

Top 10 Restaurants in the World