Some people in the World never seek out to become rich. Their expertise and dedication poured into their businesses, however, pay enormous dividends. That could be one reason why people with more money than some countries don’t go crazy with their spending; they continue living the same life they’ve always lived. Here’s a list of 5 of the world’s wealthiest individuals who harvest enough happiness from their jobs that they don’t need to spend millions on possessions.

The wealthiest person in the World, according to Forbes, since 2010, Carlos Slim Helu has amassed a considerable wealth of $80.9 billion. To just put that into perspective, if a new born baby were to inherit that wealth, they would have over $100,000 to spend every single hour, every single day, for the rest of their life. And yet, Helu leads a very frugal existence. He still lives in the same 6 bedroom house that he has owned for the last 40 years, he drives his own car, and has no need for superyatchs and private islands. Having said that he is a fine art collector, a passion instilled in him by his beloved wife and loves a Cuban cigar. Other than that, he is just a very rich man leading a simple life.

World’s most secretive philanthropist, Chuck Feeney who ruthlessly pursued a fortune, amassing about £4 billion, has only about £1.2 million remaining. The reason: he selflessly gave away his billions for countless charitable causes. Atlantic Philanthropists, the charitable organisation founded by this former billionaire, aims to dispense his entire wealth before his death. His entrepreneur skills commenced at the age of 10 when he sold Christmas cards and went on to founding the Duty Free shops across the globe. He does not own a house and wears a watch that cost him less than ten dollars, stating that he never set out to get rich but rather to work hard. His hard work has paid and generations are going to benefit from it. 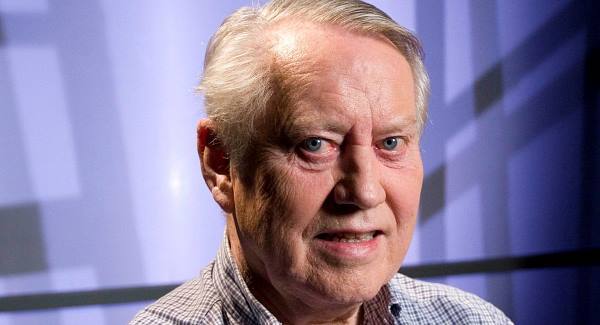 The Oracle of Omaha as he is called, regularly tops the world’s richest list and yet leads a very frugal life. Anybody would expect this man who has more money than some countries in the world to live on one of the most expensive estates, as money is hardly an object. But instead one would find him still living in his 55 year old Omaha residence that he purchased for $31,000. When asked why, he says that more wealth would actually be detrimental to life, money is inversely related to happiness. His deep love for his business has given him enough happiness that he hardly misses the extravagance that he could have.

The technology tycoon from Bangalore, India, who is said to make Uncle Scrooge look like Santa Claus, Azim Premji, leads a miser’s life. He constantly monitors his toilet paper usage at his corporation facilities and takes a cheap rickshaw instead of an air conditioned Limousine, when travelling from business trips. Another workaholic on the list that hardly ever goes on vacations. He is part of Bill and Melinda Gates’ Just Giving Pledge, that urges the wealthiest people to give away most of their wealth to philanthropic causes. He has also made one of the greatest charitable donations in India by pledging to give $2 billion to improve education.

The kid who started the social media giant Facebook, may no longer be a kid but he still dresses like one. Wearing his trademark grey teeshirt and a baseball cap, one would simple walk past him, hardly even noticing a man who possesses enough money to buy over 500 of the world’s most expensive private islands. Despite having enough money to buy countless Ferraris and Bugatti Veyrons, Zuckerberg drives a modest Acura. Although he has splurged $9 million on a home in California, sources say the house is well below his means. He married his college sweetheart and treated her to a McDonalds during their honeymoon. True love, that.